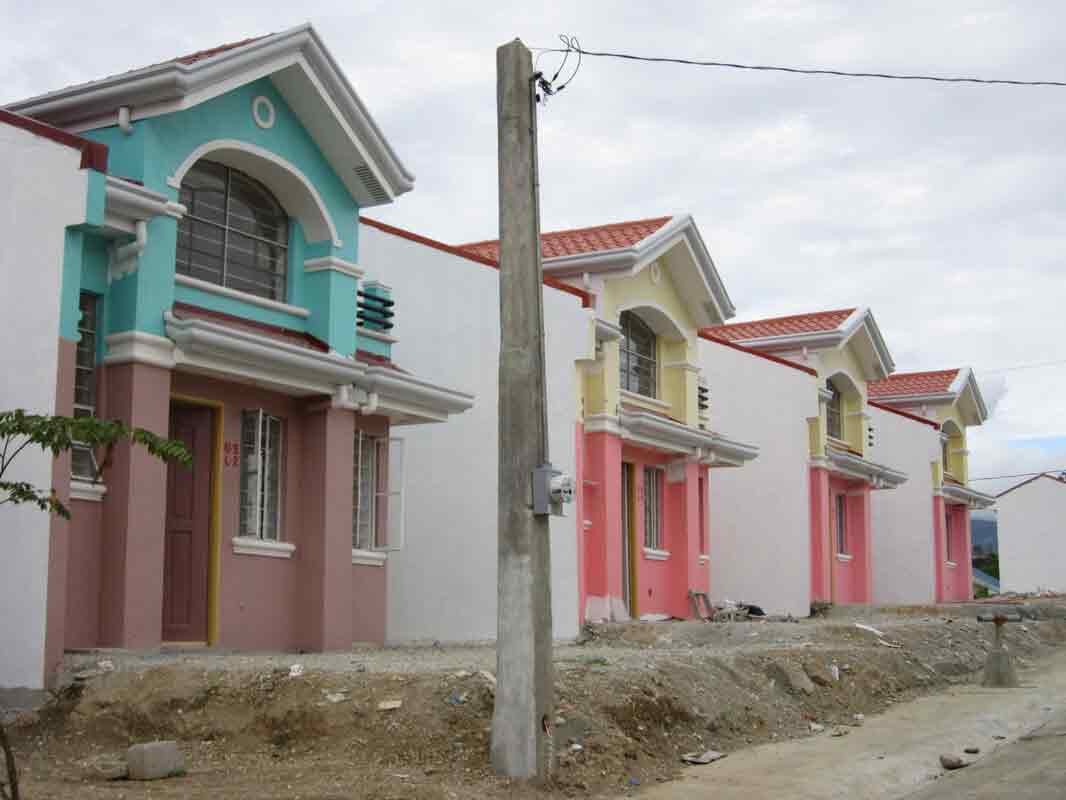 Admire the mountainous sceneries of Rizal, where you can touch nature with all its glory and harmony, frolic in the Eastwood Residences Rodriguez, while it is situated on this mountain range, so does the mind-boggling environment it created. Eastwood is a residential development offering Modern Mediterranean inspired architectural design of homes with all its grandeur and elegance. The project is another of Verdant Point Development Corp.’s house and lot residential development east of Metro Manila.

Eastwood Residences is an affordable investment popular mostly with hardworking Filipinos dreaming of their own home through tides and subsides, those who are just starting to build a family and those who want upgrades that will not hurt their savings. The project is situated in the hilly area of Brgy. San Isidro, Rodriguez, Rizal. This first class urban town is near Quezon City, and located in the slopes of the Sierra Madre Mountain range, the climate is cooler and breezy than Metro Manila, a perfect place to unwind and relax.

Eastwood is truly a perfect paradise for the whole family, its recreational amenities and working features are one of the finest in the region. Its proximity to more of life’s valuable resources and services are practically provided by the project’s strategic location. Schools, medical centers, shopping and entertainment centers, cinemas, exotic and fine cuisine restaurants and other key destinations are within the site’s immediate vicinity. Public transports (such as buses, jeepneys and UV Express vans) ply the routes to the site any time of the day.

A standout feature of the Eastwood Residences’ innovators is that it encompasses a team of artisans, designers and engineers with years of experience under its belt. A purposeful design strategy sees to it that residents have their own say as to how they would like their place of residence to look inside. From this strategic point of view, experience goes a long way in choosing what is commonly referred to as the prime location.

And this is something that the Eastwood Residences is. But it is so much more. For instance, whilst residents remain close to their places of work or business, there is always a sense of living in the countryside for them. Located within Rodriguez, Rizal Province, Philippines, this is not entirely curious, given this town’s longstanding legacy.

Historically, Rodriguez has always been a town of affluence. Now, all that is changing. Thanks to developments such as Eastwood, being part of a prestigious community is made all the more possible for low income Filipinos. Verdant Point’s real estate representatives are in a favorable position to provide their targeted groups with mortgage or home loan packages that are affordable in its flexibility in a climate of economic challenges.

And yet, these challenges only hold opportunities for those who are willing to work towards reaching their goals and realizing their dreams. And one of the biggest dreams of every decent Filipino is to own their own home. As they say as well; dreams do come true. After giving readers a brief introduction to Eastwood Residences’ developers, a short talk is given on living the country life and the advantage of having the freedom and independence to model your own home in accordance with your own tastes.

EXPERIENCE COUNTS FOR A LOT; ABOUT THE DEVELOPERS

Verdant Point, just over twelve years old to the day, deliberately assembled a team of experienced artisans and engineers. The philosophy behind this selection was the belief that a tried and tested team with an acute understanding of Filipino life would help the company to realize its long term mission.

That mission, from the outset, has been to focus on social housing developments that are affordable and accessible to lower to middle income Filipinos. The developer’s first project was the resurrection of Centella Homes in Rodriguez, of all places.

MISSIONS, VISIONS AND VALUES; ITS NOT ALL COMMERCIAL

If you are active in the business environment as an office clerk or manager, you will have heard or read companies’ statements of intent a number of times at anniversary or results presentations. As a layman investor, you could just about be forgiven that the term ‘mission, vision and values’ has become an overused phrase to the degree that it could be declared to be redundant. But that is not necessary where Verdant Point, developers of the Eastwood Residences, is concerned.

The company’s long-term vision is to remain a market leader in supplying high end housing projects. But there is more to this. The desire remains to plan for the creation of communal living spaces. This requires Verdant to have its eyes on the ball where acute responses to immediate housing needs, some of them quite urgent, are concerned. The most pressing need for most low to middle income Filipinos remains that of the ability to finance their own homes, something which had been out of reach for most in the past.

A mixture of leadership and creativity informs the company’s philosophy. This resonates with what one world famous entrepreneur has said time and time again. He has placed emphasis on taking care of the welfare of staff and stakeholders. In doing that, the belief is that clients of note will also be accommodated appropriately.

Located in one of the wealthiest suburbs of Rizon, the Eastwood Residences is truly indicative of living the country life. The Sierra Madre mountain range is the perfect setting for a life of luxury and peace of mind. It is otherwise known as living a life of ease. The developers chose to go with a Mediterranean theme when drawing up its architectural designs. The authentic natural surrounding also allows Eastwood residents to enjoy a much cooler climate than that of the heavily congested Metro Manila.

The infrastructural layout of the condo makes it perfect for you to redesign or re-model your condo in accordance with your own decorative tastes and lifestyle. Let us take a brief look at how the condo is constructed in general. The condo has around twenty five square meters of floor space. Provision has been made for two bedrooms to go along with the bathroom and toilet, and living room, dining room and kitchen.

The entire construction, to put it mildly, is hollow. No bedroom partitioning has been provided, nor have areas of the condos interiors been finished with paint or ceiling boards. Floors have been given a plain cement finish.

Verdantpoint Eastwood Residences in Rizal, Philippines is a premier House & Lot project available for sale. If you're looking to rent or purchase Eastwood Residences, then check here first. We have full details of Eastwood Residences updated regularly as well as everything you need to know about the availing and booking process, broken down into stages that includes selecting a unit, choosing a payment plan and buying your dream home at the right price. For price list, free site tripping or showroom visit, personalized service, model house, unit plans, floor plans, payment terms, CHAT LIVE with an agent 24x7. Always only buy from PRC licensed Real Estate Brokers and Agents.

Why Invest In  Eastwood Residences

3 model homes to choose from

The Eastwood comes in 3 different model homes that will surely make your choice easier because. The model homes include Margareth, 2-storey, 3-BR, 2T&B, with balcony, carport, completely finished and ready for occupancy. The Bianca is a Single Attached Bungalow, 1-BR, 1T&B with 25sqm of floor area. The Fresca is a 2-BR Bungalow with 1T&B and completely finished, also ready for occupancy. Each unit is provided with spacious area for living, dining and kitchen.

Great place to go home to

Eastwood Residences is less than 15 km from the central business district of Quezon City (a mere 20-minute drive) and a great reprieve after a tiring day at work. The scenic beauty of the town’s highland is such a stunning sight that will not bore you even when you go home to everyday. Schools such as the Louisian Learning Academy, Eastwood Integrated School, Domus Angeli Academy, the Asian Institute of Computer Studies, University of Rizal System and the St. Joseph College of QC, are all near the site.

Hospitals the likes of H. Ville Hospital, St. Mark Hospital, N. Medcare Hospital and the Casimiro Ynares Memorial Medical Center are all reachable within minutes from the project. The Eastwood Mall, Rodriguez Public Market and the Sta. Lucia East Grand Mall and several other shopping centers are near the site. Other interesting places that the town offers include the Avilon Zoo, Puray Falls, Noah’s Dam, Wawa Park, Mt. Pamitinan, Mt. Sipit Ulang and stunning resorts near the mountain.

Eastwood Residences is not only affordable and perfect sanctuary for ultimate relaxation seekers but could also be easily paid through Pag-Ibig financing for qualified members. The monthly equal amortization is the lowest in the industry and could be paid from 5 to 30 years.